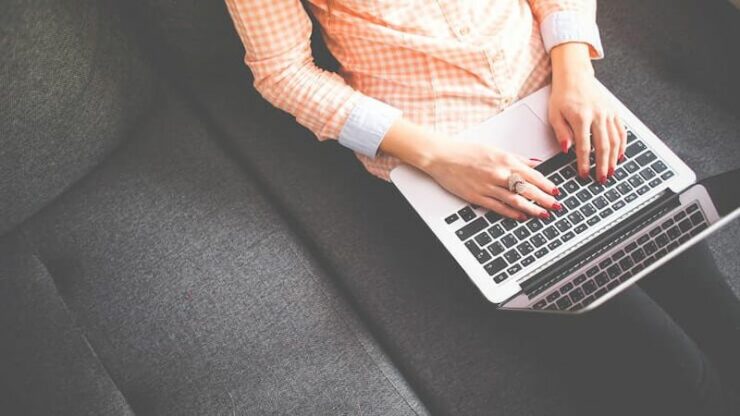 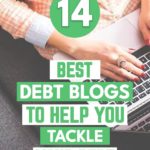 It was January of 2013 and I had just woken up to the stark realization that I was deep in debt. $60,000 deep. And that didn’t include the mortgage.

I knew I needed to get a handle on things, but where to start? After a quick Google search on “how to get out of debt,” I stumbled upon the blessed world of personal finance blogs.

This very blog, Well Kept Wallet, was one of the first ones I found. Deacon and Kim Hayes’s story of paying off $52,000 in debt in just 18 months inspired and motivated me.

The more I searched, the more great debt blogs I found. Those blogs were instrumental in helping me get my financial act together and work toward debt freedom.

So today I’m sharing a list of some of the very best debt blogs to help you tackle your debt. Each blog brings its own personality and style to the world of debt freedom.

Check them out and use them as motivation to begin your own journey to being debt-free.

There are lots of personal finance blogs out there. Debt blogs are in a class by themselves because they have a big focus on helping people learn how to get out of debt.

If you can find some debt blogs that motivate you to be debt-free earlier, use them to your full advantage. Here are some of the most popular debt blogs on the internet today.

Peach and his wife knocked their debt out of the park in record time: $52,000 paid off in just seven months. Yes, I said seven months!

The Money Peach blog shares money-making and frugal-living tips to help you pay off your debt. Bonus: Peach has an online course called the Awesome Money Course.

The Awesome Money Course will show you how to use a step-by-step system to become debt-free fast.

And the Money Peach blog posts and podcasts will give you all of the tools you need to kick your debt to the curb.

2. Life and My Finances

I’ll let you read the story for yourself. But suffice it to say, Derek’s financial story started out pretty tough. Yet he chose to work all-out and turn it around.

Along with tips for getting out of debt, Derek talks about:

And more. He even throws some health-related posts in there. Derek and his wife are using real estate as their primary avenue to passive income, so he’s got real-estate related posts, too.

This is an all-around, well-established blog with lots of great advice.

Robert Farrington, founder and owner of The College Investor, started blogging about debt in 2009. His goal? Help people like us get out of student loan debt and start building wealth.

The College Investor has articles on escaping debt, earning money, saving money, investing, and more. In addition, the site has a forum where readers discuss a variety of personal finance and student loan issues.

The blog’s focus on student loan debt is important. After all, the average student loan borrower who graduated in 2017 carried $39,400 in student loans at the time of graduation.

It’s nice to have a blog whose purpose is helping people tackle this particular type of debt.

Speaking of student loans, you may want to check out the Making Sense of Cents blog. Michelle Schroeder-Gardner, the blog’s owner, paid off $38,000 in student loans in just seven months.

That was in 2012. Soon after that, Michelle learned the secret to making money by blogging. She gave up her career as a financial analyst and now earns over $1 million a year with her blog.

This type of financial freedom allows Michelle and her husband to travel the world. They live on their sailboat full time!

Michelle talks about a variety of topics on her blog, such as:

If you’re looking for another comprehensive blog to teach you the ins and outs of personal finance, Making Sense of Cents can help.

Debt Roundup is another of my favorite debt payoff blogs. Grayson Bell’s been blogging about debt payoff and earning/saving money since I can remember.

It was 2012 when Grayson had his wake-up call. He realized he was sitting with $75,000 in consumer debt in his mid-twenties.

Four years later, he had it all paid off. Today, he’s married, has a couple of kids and is running a successful web tech and design business. He’s a rockstar resource for bloggers who need help with their blogs.

Grayson really knows his stuff when it comes to debt payoff.

Club Thrifty started off as a debt blog, but now focuses on other subjects at least as much as it does on debt. Its articles cover travel, saving money, earning money, etc. However, it also shares some seriously awesome debt payoff stories. That’s why it’s made our list.

Greg and Holly Johnson, Club Thrifty’s owners, spent their early marriage years struggling. They were living from paycheck to paycheck and deep in debt.

Using a zero-sum budget, they paid off $50,000 in consumer debt and then tackled their mortgage. Along the way, they learned about making money online.

Now they both work from home making big bucks and traveling the world.

Jackie Beck was one of the very first debt bloggers I found when I decided to start working my way out of debt. She and her family started with $147,000 in debt.

They paid it off, and Jackie still has a serious passion for helping others become debt-free, too. She and her team write motivating and inspiring articles on how to pay off debt.

Jackie even created an award-winning Pay off Debt app to help you speed up your journey to debt freedom.

Seedtime is a long-running blog that used to go by the name ChristianPF. The owner, Bob Lotich, shares his fascinating story of going from financial mess to financially blessed.

His blog posts talk about various ways to manage money, life and getting on solid financial ground. Bob has a podcast, TV channel and several books for sale as well.

Bonus: If you’re Christian, you may find the Bible-based theme running throughout the blog encouraging and uplifting.

Choncé Maddox, the owner of My Debt Epiphany, has an amazing story. In 2013 she was a single mom living on government assistance.

Today, she’s married and running her own successful business. And she teaches you how to do what she’s done so gracefully.

Choncé’s blog shares advice on how to pay off debt, save money, live frugally and more. This is a woman who pulled herself up by the bootstraps and made things happen!

And I’m betting she’ll motivate you to be better with money just as much as she motivates me.

Anna Newell Jones is a pioneer of sorts in the world of debt blogs. She started her blog in 2010 and was able to pay off more than $23,000 in debt in just 15 months!

Today, her blog, And Then We Saved, is still focused primarily on how to get out of debt. She’s even published a popular book that tells her story.

I had to put this one on the list. Amber Masters and her husband Danny have quite the story. The short version: They started off with $650,000 in student loan debt.

I’ll let you read the rest. Amber blogs at Deeply in Debt about paying off debt, earning money and living frugally. Her style is truly relatable, and she offers solid advice.

David Carlson of Young Adult Money is another long-time blogger. He even has a great, easy-to-read book called Hustle Away Debt.

David’s blog shares a variety of personal finance tips including:

This is a well-rounded blog with a plethora of good information.

Maria Nedeva founded The Money Principle in 2009 after realizing she was sitting with $160,000 in debt. Three years later, the British blogger was debt free.

The Money Principle shares tips on making money, controlling spending, getting out of debt, and investing for the future.

Dear Debt was started by Melanie Lockert in January of 2013. Melanie worked her tail off and paid off $81,000 in student loans in less than three years.

Melanie teaches about money and life on her blog. There isn’t an abundance of articles relating specifically to debt payoff. However, Melanie’s blog hit on a great little idea that makes readers keep coming back.

Dear Debt is full of letters submitted by readers who are ready to break up with their debt. For inspiration and motivation in a supportive setting, start here.

If you’re looking for help getting out of debt, there are many resources.

Along with reading our tips here on Well Kept Wallet, check out the many other blogs dedicated to helping you become debt free.