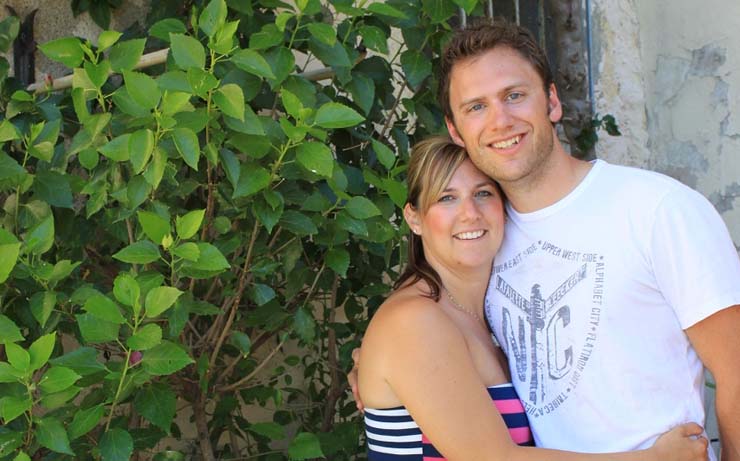 My goal is to help you get from where you want to be when it comes to your finances so I decided to find other people who have been successful with money to help encourage you in your journey.

Since paying off debt is something that I am so passionate about, I am launching a new series called “Debt Success Stories” to feature people who were able to pay off a significant amount of debt. This is the first interview for this series that will be regularly featured on Well Kept Wallet.

How did you acquire $138k in debt? What did that debt consist of?

The debt consisted of $20,000 Student Loans, $42,000 in car loans, $12,000 in silly credit card spending (dinners, nights out, furniture, stuff we couldn’t afford and wanted airline miles for). The remaining debt was money we borrowed to sell our home and pay off the loan.

The house was massively underwater as we had about $275,000 in debt and it sold for $217,500. We easily could have orchestrated a short sale but both my wife Alyssa, and I felt like this was breaking our commitment to the bank and what we signed up for. So, we drained our savings and borrowed the rest unsecured to be able to pay off the mortgage after the house sold.

It was crushing! Neither of us wanted to talk about it. It would digress into fighting every time. Later we realized that was because neither of us knew what to do about it and both of us thought the other was going about it the “wrong way”.

It was clear we needed help but really didn’t know where to turn. We didn’t have great role models for money in our parents and legitimately felt that this was what everyone had to deal with because there was no way to get ahead of it. Everyone lives paycheck to paycheck, right?

It took a grueling 3.5 years. At first it felt like we made a lot of head way. But, at some point after focusing on it for literally years, it felt like we were moving so slowly. It was extremely difficult not to get sidetracked and feel like we needed a break.

There was always the temptation to pull off the gas, but it helped to remember that we were doing it for our kids (to set a good example), for ourselves (to be able to live without the stress of debt), and for our marriage. Keeping these purposes in mind helped tremendously in the home stretch.

Dave Ramsey’s “Total Money Makeover” on audiobook was what allowed us to believe it was possible. We then began creating home grown spreadsheets to help us with budgeting and even mint.com to help us track expenses and check in on our goals.

We used The Debt Snowball to pay off $52,000 in debt in 18 months!
DOWNLOAD SNOWBALL FORM NOW

You better believe it. In the midst of that, I experienced a job transition where I didn’t work for almost 2 months. We had several large kid related emergency visits, and even had to replace 2 walls in our house (prior to selling it) after a slow leak ruined 3 rooms worth of dry wall and caused a mold infestation in the house.

Having debt (and especially that much) made it really challenging to be married. It made it nearly impossible to be good at being a husband.

There was too much junk, stress, emotion, and stuff in the way to really connect with Alyssa like I do now and support her in the way a husband is supposed to. After we finally got on the same page and started to develop a plan to get out of debt (nearly 5 years after we got married), we started working as a team. The experience from there was one that strengthened our marriage and communication in ways I never would have imagined.

Now we don’t fight about money and have proven to ourselves that we can overcome anything together.

I was a Human Resources Manager for Target making about $70K or so a year. My wife was a teacher making next to nothing. After we got on a plan, I started to have the headspace to focus on my career and changed roles a couple of times, each time negotiating my salary upwards.

At the time we paid off our debt, I was still working in HR, but as a household we were making around $140K. Our goal the entire time was to pay off all the debt so that Alyssa could take on a new role, raising the kids at home.

We were elated. It didn’t quite seem real. All of a sudden, Alyssa didn’t have to go back to work, and we could afford to do that. We had the flexibility to build up money in the bank just in case of emergency.

We were also once bitten twice shy, it took us a little bit to lighten up again because we never wanted to get close to the feelings we had when we were in debt again! We did end up celebrating a little. We flew to Nashville to go on the Dave Ramsey Radio show to tell our story and then spent a few days soaking up some music.

You have to be honest with your spouse that what you are doing isn’t working. Without being judgmental, harsh, or blaming. Then you have to work extremely hard to get yourselves on a plan of any kind to be able to work together. If you are single you need to get yourself an accountability partner for your plan.

After you do those things you should make sure that have a way to visibly track and see your progress. If you don’t you will get burnt out. Also, remember why you are doing what you are doing. Talk about it with your spouse often. Write it down. Put it on the mirror. Keep it around, because when times get hard (and they will as life happens) this is what will cause you to push through!

Life is different after you pay debt off. There was a whole part of my brain that was consumed with the debt. It has now been replaced with creative space and I was able to start the business and career that I had always wanted! This is an experience that statistically not very many people experience and it is also one of the most worthwhile experiences in my life (to stick with it and become debt free).