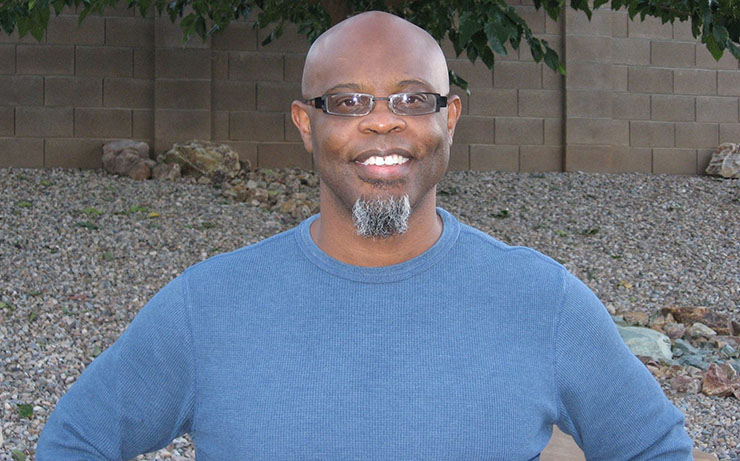 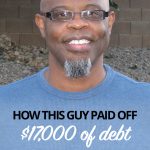 Tell us a bit about yourself:

I retired in 2005 after serving 21 years in the United States Army, where I had a chance to travel the world and engage with a diverse, eclectic group of people and enjoy incredible experiences.

During the latter part of my career, my interest in personal finance was piqued based on my own experiences and observations of the way most Americans plan – or more accurately, fail to plan – for retirement and the difficulties many face in starting the process.

During this period I made a concentrated effort to understand key personal finance terminology, concepts, and philosophies.

When I’m not working at my regular, day job, I spend a lot of time writing material for my blog, Retirement Savvy, marketing my first novel, Cream City Hustle, or working on my second novel, Sin City Greed.

Fortunately, because of my military service which provided various benefits, student loan debt has never been an issue for me. Additionally, I have never really bought more car than I could afford; so while I have had car payments in the past (I currently do not as both of the vehicles in my family are paid off) the corresponding debt was never really an issue.

The most significant debt was credit card debt, brought about by hyper-consumerism, buying more ‘stuff’ than I needed. The issue was compounded by a divorce, which I touch on in my first book, Rendezvous With Retirement: A Guide to Getting Fiscally Fit, which I often refer to simply as RWR.

In a word … oppressive!

From a purely financial perspective, the former is the better approach as you are paying less interest in the long run.

However, there is value in the latter approach as there is a psychological lift – a real sense of progress – from paying off one card and then committing the money that was being paid on the first to the next card in line, continuing this progression until the last card is paid off. This was the approach I took and it worked well for me.

Not really. Based on my conversations with others and my own experience, the most significant challenge when dealing with debt, particularly credit card debt, is changing one’s own mindset.

A significant amount of credit card debt is related to hyper-consumerism. Once an individual accepts that they don’t need as much ‘stuff’ and recognize that while that stuff satiates short-term wants, it often creates more long-term problems, they can start moving in a more positive direction.

I was between marriages when dealing with my debt issue.

I was on active duty in the U.S. Army.

In a word … relief! Putting a twist on the old Rolaids commercial – it can probably be found on YouTube for those that may be a little younger – I spell relief

The first part of the process is to STOP using credit cards. As the old saying goes, “when you’re in a hole, stop digging!” The second part is to track and minimize expenses. By clearly identifying where your money is going, you can focus on where you can reduce expenses.

As an example, there was about a one year period where I got rid of cable TV. I watched a lot of DVDs, over and over. The final piece is to consider picking up a second, part-time job. There were two periods during my Army career when I worked a second job to deal with debt, so I speak from experience.

What steps are you taking now to stay out of debt or to build wealth?

I believe past experiences serve as the primary motivator for keeping me and my wife out of debt. Our financial focus now is on preparing for retirement.

As I discuss in RWR, we have already put the requisite foundation (i.e. built an emergency fund, developed a budget [spending] plan, calculated the required nest egg size and developed a withdrawal plan) in place; and we have worked ourselves into a position whereby we are able to maximize contributions to our retirement accounts. At this point, it is just a matter of sitting back and continuing to fund those accounts and letting compound interest do its thing.

If you’re interested in learning more about James and his family’s journey to a plush retirement, you can find him blogging at Retirement Savvy.

Note: This is part of a series called “Debt Success Stories” which features people who were able to pay off a significant amount of debt. If you have a Debt Success Story I would love to hear about it. Please visit the contact page to let me know the details.
25shares