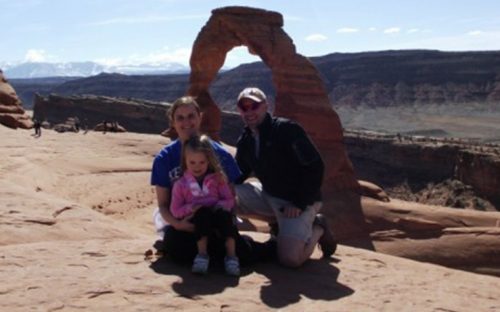 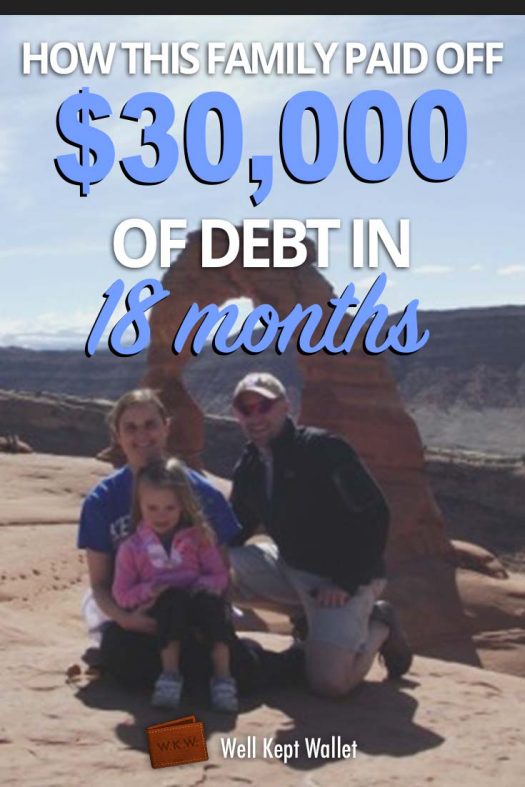 Living beyond our means and feeling entitled to buy whatever we wanted whether we could pay for it or not. We worked really hard and felt like we should be able to have new cars, new clothes, take trips, etc.

What did that debt consist of?

Like a full grown elephant was sitting on my chest. I can’t count how many hours I’ve spent in the middle of the night, unable to sleep, because I worried about what might happen if we lost a paycheck or thinking about the fact that I worked all the time but never had any money left by the end of the month.

Once, we got serious, about 18 months. We had been in debt before and paid it off at various times, but never this much and it never stuck because our money had no purpose. We would pay something off and then charge the line of credit up again. Until we really sat down and looked at the future and how we were only a couple of paychecks away from getting behind on all the bills, it never sunk in how dangerous living in debt is.

Once we gave every dollar a purpose, which was debt payoff at the time, it really started to click. Now, we know that our money goes for basic necessities first, then for our retirement plan, investing, saving for college for our daughter, and into various savings accounts. We also purpose money for entertainment and personal spending. When money has a purpose, you can’t spend it on stuff you don’t need.

I think my very first dose of reality came when we were on a trip to Las Vegas, of all places. I was up later than normal and was flipping through channels in the hotel room when I stumbled upon the Suze Orman show. She was giving someone a Suze smackdown, and I thought that she would eat me alive if I was on the show at that moment. After that I read her books, then every other similar book the library had.

I took lots of information from those but didn’t see how it could apply to us because there was no way we could come up with enough extra money to ever get out of debt. There was no one in my real life I could talk to. Most people follow the belief that being in debt is normal and saving for retirement is probably a pipe dream they might get around to someday.

It was when I started reading personal finance blogs and how real people, like myself, could take control of a bad situation and turn it around that I really felt we could get out of debt once and for always.

I think there are always challenges. Luckily, we didn’t lose a job or have any catastrophic thing that went wrong. We did have to go to the emergency room with our daughter once, which set us back about $2,000.

I think the biggest challenge is feeling like you will be stuck in a miserly life forever. It’s really hard to not go out to eat or take vacations or whatever you were used to doing in the reckless spending days. Some weekends, I just wanted to go buy new shoes. I knew intuitively that our past spending was the reason we had to live frugally, but human nature says that you only live once, why bother with not having debt?

Trying to find a balance between allowing yourself some splurges vs really putting all your money into debt repayment is a very tough balance to find. We fell off the wagon a few times, but luckily got right back on and didn’t give up.

Having the conversation where we sat down and added up all of our debt was maybe the worst day of our marriage. We had our heads in the sand and literally had no idea the amount was as high as it was. Although we didn’t talk about debt a lot before that day, it was always in the room, so it was a relief to get that out of the way.

I think there is a tendency to want to blame the other person or rationalize that your purchases were smart while your partner’s were dumb. We certainly had some of that. I think our debt repayment has made us better at communication. I’m just thankful we were both on the same page at the same time in regards to getting out of debt. I can’t imagine if one person wanted out of debt and the other one didn’t. I guess that’s why so many people get divorced over money issues.

I was working in my optometry practice and I took on a second contract job with the Indian Health Service. My husband, Jim, was a 5th grade teacher.

Aside from my wedding day or the birth of my daughter, that ranks right up there with the best days ever. Like I said, we had paid off credit cards before, but this time I knew it was forever. I have never been in jail, but it must feel a little like being released from parole, like you were kind of free but had all these restrictions and limits to what you could do with your life. Finishing that last payment really meant that the sky was the limit as far as what we could do with our financial as well as personal lives after the debt was gone.

First, you have to be honest. Write down every penny you owe and to whom. Then, I would read and study any resource I could to find about ways to cut expenses and make more money. Then, make a plan that works for your situation. It doesn’t have to be my plan or take any certain amount of time.

If you are realistic, you have a much better chance of sticking to it. Finally, try to find as many like-minded people as you can. If that isn’t in real life, reach out to people online who have been in similar situations. It’s really easy to get discouraged. If you have someone who supports and understands you, it makes the journey much easier.

If you want to learn more about Kim and her family’s journey to financial freedom, you can find her blogging over at Eyes on the Dollar.

Note: This is part of a series called “Debt Success Stories” which features people who were able to pay off a significant amount of debt. If you have a Debt Success Story I would love to hear about it. Please visit the contact page to let me know the details.
34shares