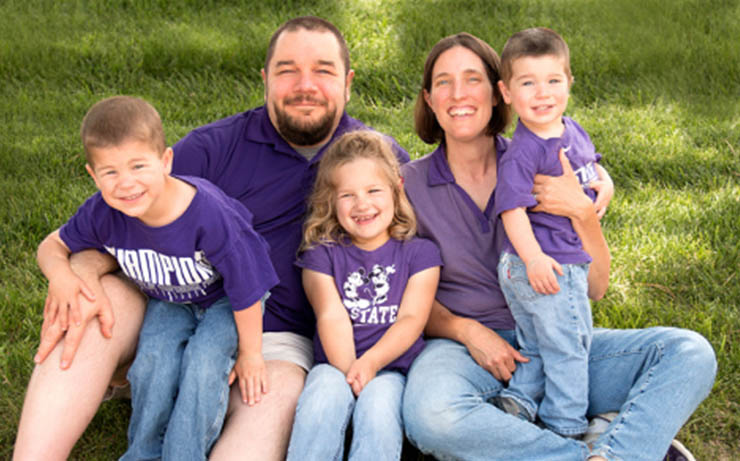 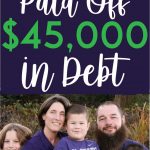 To say that it was overwhelming would be putting it lightly. It was something that was constantly on my mind. It literally felt as if I had a piano sitting on my chest and could do very little to get out from under it. All of my decisions had to be viewed through the question of if I could afford it, better yet, how would it impact my debt?

Financially speaking, it was the worst feeling I’ve ever really experienced.

All totaled it took me about six years to pay off the debt in full. The first three years I worked solely on my credit cards. The final almost two years of that plus another year I tackled my student loans until everything was paid off.

The first step was working with someone from Consumer Credit Counseling. They got me started on budgeting, tracking my expenses and the like. They really are the ones I have to thank for giving me the shock the system I needed.

Beyond that, I hustled to make as much money as I could to kill the debt. I sold plasma for a few months, I took on side hustles, sold stuff I wasn’t using to pawn shops. I did whatever I could, legally of course 🙂 , to kill the debt.

The biggest challenge I faced, honestly, was debt fatigue. There were times I just wanted to give up. It felt like I would never get out from the debt. This came from a number of things like the amount of time it took as well as significantly reducing what I did in my personal life as everything I had went at the debt.

The biggest takeaway out of this was to have some sort of fund that allow you to do whatever you want. Whether it be $10 per month or $50, having something that I could do whatever I wanted with helped carry me along those days when I wanted to say to hell with it and give up on repaying the debt.

I was in the last year or so of repaying my student loans when I got married, so it really didn’t impact it all that much. My wife helped in the repayment and we killed it together.

I had just very recently graduated from college and it took me almost a year to find a good, stable job. I started out in banking and then other jobs within the financial services industry. Looking back, it’s sort of ironic I was working with money and was climbing out of my past money mistakes at the same time.

It was one of the best feelings in the world to be honest. It was as if the weight of the world was lifted off my shoulders. I knew I was now in control of what I wanted to do with my money, that I could make it work for me and not be enslaved to someone else because of stupid mistakes I had made.

First off, don’t give up! If you’re currently paying off your debt you will likely deal with that temptation. Do not give into it. It might feel like it’ll get rid of the pain of the debt, but that’s only temporary. Keep working at it and the momentum will soon take hold.

More practically, look for ways to make extra money you can to throw at your debt. Living frugally helps, of course, but is more powerful when combined with making extra money.

Allow yourself a monthly slush fund to do with as you please. The amount will be based off your own situation, but that will help you when you want to give up. Give yourself some sort of outlet. Whether it be something artistic, something related to working out, or whatever; just give yourself an outlet where you’re not focused on your debt. This helped me a ton when paying off my debt as it kept me from focusing on it 24/7.

Lastly, save/invest while paying off your debt. I really didn’t do this much and I wish that I had. It’s not the amount that matters so much as it does the practice of doing it. It’ll help you in many ways once you’re done with your debt so you can hit the ground running in growing your wealth.

To learn more about John and his frugal and financially fit ways, you can find him blogging over at Frugal Rules. Note: This is part of a series called “Debt Success Stories” which features people who were able to pay off a significant amount of debt. If you have a Debt Success Story I would love to hear about it. Please visit the contact page to let me know the details.