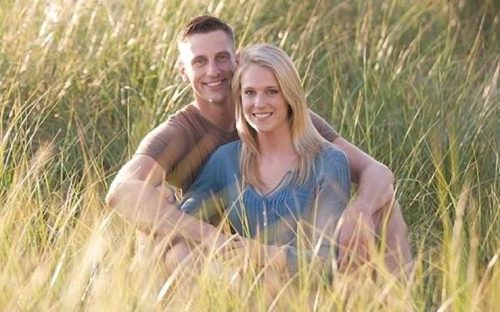 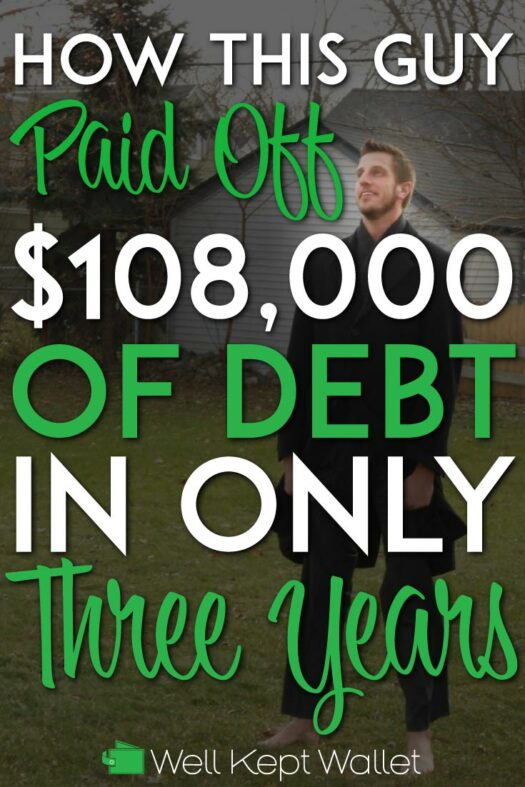 The debt came in bunches. The first $18,000 was student loan debt, which wasn’t all that bad considering this was both my wife’s and my debt combined. Another $70,000 was our home loan – a small amount compared to other homeowners, but we were smart and bought a foreclosure when the prices were at their all-time low. And, the final $20,000…I incurred when my wife left me for someone else and demanded half of our estate. It’s a little strange to talk about, but it’s my life’s reality, so there ya go.

The debt made me a nervous wreck from the beginning. My ex and I started our lives oblivious to what life would actually cost us. We had about $4,000 to start out with, and I noticed that this “cushion” was falling by $200 or $300 every month. And, I happened to make this realization at exactly the same time our first student loan bill came in the mail. I was literally staring at my Excel table, saw that our net income was red (for those of you that don’t know, red is bad!), and then she handed me an envelope from Federal Loans – we owed them $75 by the end of the month. I know it doesn’t sound like a lot, but when you’re already going backwards in your finances, $75 is a BIG DEAL!

We teamed up and paid off the $18,000 in 14 months, and we took a $6,000 hit in there because the head gasket blew on our car and we needed to buy a dependable replacement.

Soon after this was when my ex left – for reasons she could never put into words, but I later discovered. So the rest of the debt was up to me – the majority of the $70,000 mortgage and the $20,000 divorce settlement. I tackled the $20,000 first so I could put the nasty break-up behind me and be done with it.

To pay the debt I cut the internet (the cable was already cut), reduced my phone bill, and even switched car insurance companies to reduce the premiums. In addition to reducing my bills, I worked a variety of odd jobs to increase my income – stuff like writing articles for blogs, mowing lawns, and flipping cars. In my fierceness, I was able to pay off the $20,000 in 6 short months, which lead me to the realization that I could pay off the mortgage in a short period of time as well!

Once the $20,000 was taken care of, I set the goal of paying off the remaining $54,500 of my home mortgage in just one year. By working the same odd jobs and living on practically nothing, I was able to hit my goal and become completely debt free on December 11th, 2014!

Just like I harp on through my blog, Life And My Finances, it doesn’t take anything fancy to get out of debt – just a budget and a way to track it. I used Mint.com and it worked great. By entering my simple budget of 10 or so items and linking up all my accounts, I was able to track every single dollar.

Oh of course I faced challenges! As I mentioned before, the car broke down during the student loan payoff. Soon after that, my wife left and took her salary with her (along with that $20,000). And, while I was paying off the house, the winter storms dropped so much snow in my area that my roof iced up and leaked into my living room! The ceiling and floors were damaged, but none of this slowed me down. I never forget about that sick feeling that I had when I couldn’t possibly make the payments. I was never going to let that happen again, which meant that my debt was history, one way or another.

It definitely did affect the marriage – first for the better, and later for the worse. Initially, paying off the debt brought us together. We were a team and we were making a better future for ourselves by tackling it head on. That was a great thing.

Then, when there were questions on whether or not she truly loved me or not, tackling a mountain of debt probably wasn’t the best thing for us. This is why I warn everyone to make sure they are on the same page with their finances before marriage. I was an intensive saver and my ex was a crazy spender. Typically, the two just don’t mix.

While I was paying down the debt, I was a financial analyst and a long-time personal finance blogger. The day job definitely produced much of the income, but the side income of my blog certainly helped as well.

It. Was. Amazing. In fact, when I paid off the last of the house, I took off my shoes and stood with my bare feet in the back yard. Dave Ramsey was right. It felt different this time. The house was no longer the bank’s, it was mine, and the grass felt sooo good.

After paying off the debt, my cash flow increased significantly. I can now live comfortably, invest a ton, and still enjoy life.

Paying off debt is exciting at first. You’re finally following through on something that has bothered you for some time, you can see the balance going down, and it’s a truly rejuvenating experience.

Then, it gets old.

Depriving yourself of eating out with friends no longer seems sensible. Turning down that trip to Finland seems absolutely absurd, and driving a hunk-o-junk car that keeps breaking down on you is no longer exciting – in fact, it’s a nightmare.

Many people give up and hop back into debt acting as though they are happy again, but deep down inside they have a permanent sadness and a fear that their future is bleak.

To avoid this tragic ending, I encourage people to come up with their “why”, because in order to succeed in paying off the debt, you’ll need to have a good reason to trudge through the pain of getting out. I had two reasons, fear and future. I had a fear of losing everything if I was unable to make the payments someday, and I wanted a fabulous financial future – one without worry and with plenty of options.

The second thing I encourage people to do is to set up little goals along the way. Sometimes the big goal is just too big. If you want to pay off $100,000 and pay off $2,000 throughout the year, that feels pretty miniscule – but maybe you had to work really hard to pay off that two grand! If that was your plan and it allowed you to hit your goal, then you should celebrate and treat yourself!

Set up your little goals before you start and allow yourself to splurge a bit when you reach them. If you pay off $2,000 of debt, take yourself out to a nice $50 dinner or buy yourself a new video game – whatever it is that will remind you how great you did and give you little pat on the back.

With a reason why and your increments of goals, you should be set up to win the war against your debt!

To learn more about Derek and his journey out of debt, you can find him blogging at www.lifeandmyfinances.com .

Filed Under: Pay Off Debt Tagged With: debt, home loan, pay off, paying off, success, tips