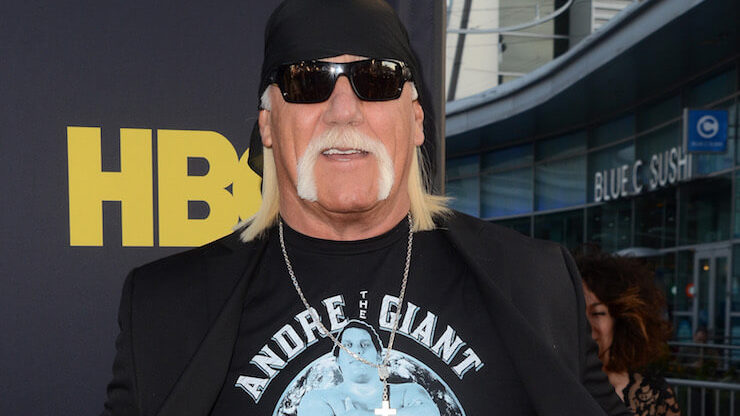 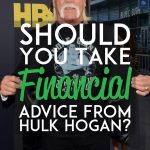 The other day I was listening to the radio in my car and a commercial came over the airwaves with a familiar voice from my youth…Hulk Hogan.

When I was a kid, I was not really into wrestling but I knew who Hulk Hogan was and I had a positive perception about him.

For goodness sake, he was in movies like Suburban Commando and MR. Nanny, both of which were family comedies and had a PG rating.

To give you an idea of what he is the spokesman for these days, I found a similar commercial to one that I heard on the radio.

Here is the transcript from a Youtube video that I found:

Car Owner: I’m so broke, I need cash today and the bank turned me down. This car is the only thing I own.

Hulk Hogan: Listen to the Hulkster brother and pin down the cash you need today with an auto title loan from 1-800-LOAN-MART.

Now I understand that Hulk Hogan is 60 years old and that he is probably not getting as many wrestling gigs as he used to, but to promote title loans, that is low.

Why you should not take financial advice from Hulk Hogan

These companies prey on people who make poor financial decisions

Think about it for a second. Why would someone get a car title loan? If the average credit card interest rate is close to 15% why wouldn’t they just put it on their credit card?

One of two reasons, they have already maxed out their cards or their credit is so bad that banks won’t give them a credit card.

3. It is a band-aid that only makes the bleeding worse

If you are thinking about getting a title loan, think again. What is the real problem? Is it that you don’t have money to pay your bills or is it that you spend more than you make?

Is it that you don’t make enough money? If that is the case, go get a second job to bring in some extra income.

Getting a title loan will not solve your problem, in fact, it will likely make your situation even worse. If you are having trouble paying your bills, than you are for sure going to have a difficult time paying back a loan at 300% per year.

Ok, I know I might sound harsh and if you are reading this and you are in a tough financial situation, you probably feel depressed at this point. Well, here is the bright side. You can change the way you make financial decisions today.

You can decide right now to make better choices with your finances. How, you ask? Don’t worry, I won’t leave you hanging.

Alternatives to getting a title loan

If you are going to take financial advice from someone, take it from a professional, not from a 60 year old wrestler who is just pimping a company to make some extra money.

Can’t afford a professional? No worries, there are tons of FREE resources on the web, including here on Well Kept Wallet. Check out the course “Debt Free in 18 Months” or the video “How to Create a Budget in 10 Minutes or less” as those two resources cost 0% and both will help you get your finances in order today.