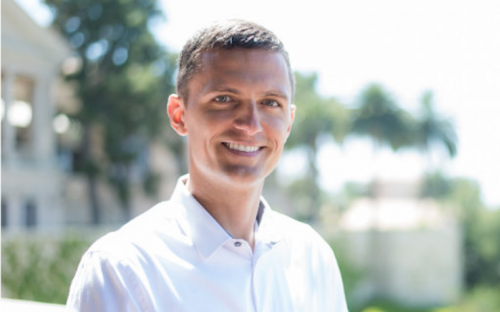 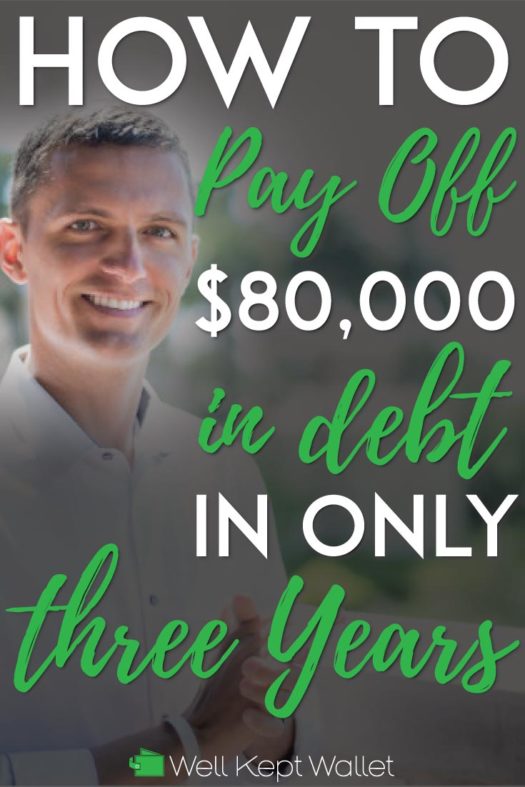 How did you acquire $80k in debt? What did that debt consist of?

It was all student loan debt. 4 Years at a private college that now costs over $50,000 per year (per collegedata.com).

It honestly made me sick to my stomach when I thought about it. I am extremely frugal to begin with, so the fact that I spent that much without really knowing it (completely my fault) was really disappointing to say the least.

Now that I am a successful entrepreneur and don’t need a degree at all, I have thought much about that expense. As much as I enjoyed college and the experience and meeting my best friends there, I would not have gone the same route if I had to do it all over again.

It took me 3 years to pay it off, but I went much longer than I maybe should have.

I was making a lot higher return in the stock market, so I would pay the minimums on my loans because the interest rates were 3-6%, which was paltry in comparison to stock returns. But, finally after just being sick of having that debt burden over my head, I paid it off in full with a lump sum at some point in the 3rd year…

Note, I would not recommend that people invest until they pay off their debt unless they know what they’re doing. Early in my trading career, I was not making money, so it would have been much wiser to pay off the debt. It is definitely a recipe for potential disaster.

I wouldn’t say there were any resources I used, but a process that I did go through was clearly laying out all of my loans and all of the specific details that were with them: interest rates, principals, payment start and end dates, etc.

From there, I could make a plan for what was the best plan of action for me. So few of people that I’ve talked to really understand these things, and it can make a huge difference to pay off a higher interest rate loan faster than you pay off a lower rate loan.

I was really fortunate to make an insane salary working in big oil, so I don’t think there were any challenges, per say. But, it’s not about how much you make, it is about how much you keep. And I lived well below my means, so was able to “keep” a lot of money.

I would have liked to have better consolidation options or more flexibility to pay off certain loans over certain periods.

I was working in the oil industry as an engineer, and then also started my own investment business on the side.

I’m a big proponent of not saving your way to wealth, and being on the offensive attack, so I always encourage people to add streams of income… especially to help pay down debt as quickly as possible. Whether that be through investing of some sort or monetizing a side passion, multiple streams of income has been important in my journey to get ahead.

Wow, what a weight lifted off of your shoulders. I always talk about financial freedom – that is what we’re all going for. And, you cannot be free until you get rid of bad debt (note, some debt is good to have, but again, only for investors/businesses). When I paid off all debt, it was such a freeing feeling. I could then do whatever I wanted and had zero obligations. That is freedom.

The worst thing is worry, and if you can cut out debt, that takes a gigantic worry out of people’s lives.

The wealth equation that I always talk about on YoPro Wealth is: spend less than you earn and invest the difference wisely.

The easiest and quickest piece to control is how much you spend, and I lived well below my means. Even though I was making very good money and retired at 27 years old, I still drive a 2002 Honda Accord. Buy experiences and your own freedom, not things.

And the other piece is, have a “why” to push you. If you don’t have that strong burning desire to accomplish something, then it’ll be much harder and take much longer to do so. But if you have one goal, and a strong “why”, then you can get anything accomplished.

My reason why I wanted to become financially (and debt) free was to never worry about money. I worried about money so much as a kid that I made the decision that I would never do so as an adult. So, I worked hard to make that a reality, and my strong “why” pushed me to do so.

In summary, live below your means, and have one big goal at a time. If you have bad debt, make it your sole focus to get that paid off. The most valuable things are the ones that you can’t put a price tag on. The feeling that you get by getting out of debt is one of those priceless feelings. Don’t buy that fancy ______, pay off debt. You’ll get a lot more satisfaction out of it. Trust me.

If you want to connect with Austin to see what he is up to today, check out his site at YoProWealth.com.

Filed Under: Pay Off Debt Tagged With: debt success story