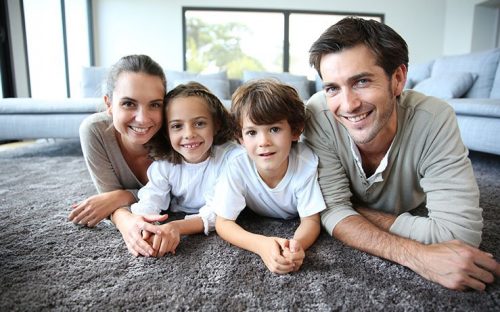 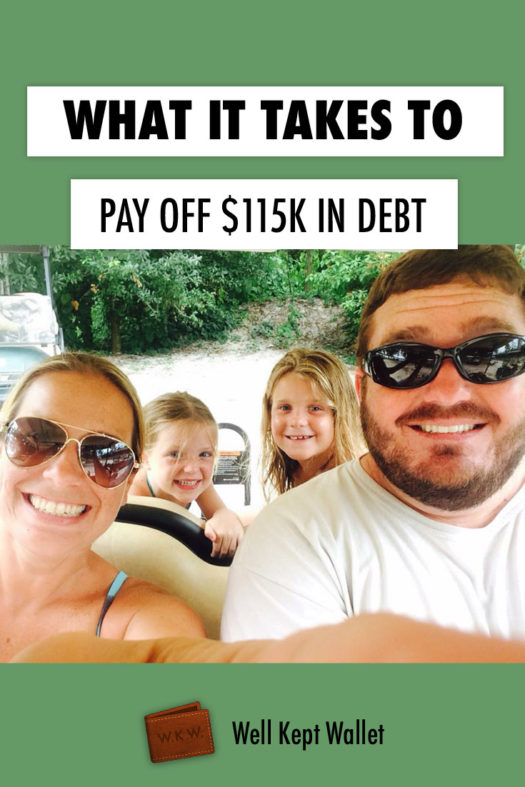 We got married in 2003 and each brought student loan debt to the marriage. Each of us attended private universities to obtain our degrees and that was a big chunk of our debt. We also had a car loan and some credit card debt. It added up to $115,000.

We felt trapped. We always felt that it would just be around forever and we never would be able to finish it off. It was very defeating to have graduated school over a decade ago and have lingering debt from then.

We paid it off in 2 years and 5 months. In the beginning we were not as crazy as we were toward the end. I would say we knocked out the majority of the debt in the last 16 months. In the middle of that we cash flowed 2 cruises, 2 mission trips to Cambodia, and the purchase of a travel trailer (because it was an awesome deal!).

Friends lent us their copy of Financial Peace University on CD that we listened to, which initially sparked our interest to work at being debt-free. After that I would constantly listen to the Dave Ramsey show to keep myself motivated while working around the house or whatever. We were more traditionalists when it came to keeping track of debt reduction. I drew thermometers on paper and colored them in, and wrote down whenever we put money toward debt in a chart. We also use the envelope system.

There were several times where we wanted to flat out quit. It got too hard. We couldn’t see the end of the story, and felt trapped by the debt. Or we saw something we wanted to buy. Ray worked a ton (and still does) to help pay down the debt sooner and that has taken a toll on our family life. There are days that the girls don’t see their dad because he gets home after they are asleep. The challenges were mostly in the beginning of the paying down, though, because it soon became almost autopilot that when we got an extra chunk of money, we just threw it at debt.

It was neat to see us grow stronger as a married couple during this process. Once we decided it was important to both of us to be out of debt, we were able to support each other along the way. Almost like we were on the same team against the debt.

Ray manages a crane rental company and I’m a stay-at-home mom. Ray was able to work a zillion hours a week to help throw money at the debt faster.

Weird. But awesome, too! And awesome to be paying ourselves instead of a bank! We are now able to plan for a future like we couldn’t even think of when we were burdened with our debt.

Don’t quit. You’ll want to, but don’t. A favorite quote of mine by Theodore Roosevelt is “Comparison is the thief of joy”. That was so applicable for me during our debt repayment. It got to the point that I didn’t even step foot into anywhere but the grocery store because looking at other things in stores bred discontent. (As a side note, this whole journey for us has helped me to enjoy and embrace a more minimalist lifestyle, which in turn saves us money, too.). Another favorite quote, which I say about lots of things, is “just because you can doesn’t mean you should.” So true… And I think my kids really hate hearing that all the time ? Finally, the book of Proverbs in the bible has so many wise things to say about what God intends us to do with our money. Proverbs 21:20 says “In the house of the wise are stores of choice food and oil, but a foolish man devours all he has.” We definitely want to be wise with the money God trusted us with, which is why we tithe (give 10% of our income back to our church), and save some money each month as well.