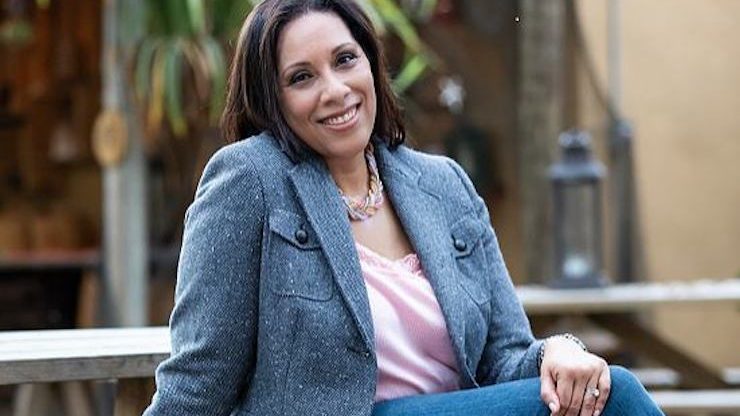 I created my debt, which was all credit card/unsecured debt, very mindlessly, one purchase at a time. I began using credit in my early twenties and spent over a decade accumulating debt before I finally dealt with my unhealthy money habits.

I began to use credit cards while in college and kept adding to the monthly balance. I never thought about paying the credit card balances in full each month or about the interest charges that kept piling on every month. For years, I was a shopaholic who spent my earnings on new clothes, toys, and trips instead of building wealth. When I ran out of income in a given month, I turned to credit to fuel my spending. I eventually added a large line of credit and took on additional debt due to a divorce and a business investment that went sour.

During the early years, I never thought about how it felt, I just knew that I owed creditors. Since I never missed a monthly payment, I thought I was doing ok. I was the proverbial ostrich with her head in the sand. The situation became downright scary once I had divorced and was living on my own.

In June of 2009, after adding up all of my debt and seeing the number $55K staring back at me, I knew I was in serious trouble. My debt total was more than my annual salary at that point and I could barely keep up with the payments. I had been having severe migraines for some time and I realized that my debt load was the trigger. I also felt like a complete failure and fraud because in my professional life, I was successfully managing credit portfolios of multi-million dollar accounts but my personal finances were a complete mess!

What didn’t I do! I adopted the “whatever it takes” mentality. I slashed expenses and eventually was able to live on 50% of my take home salary. The other 50% was used to pay down debt.

At the beginning of my journey, I sold the majority of my furnishings and became a roommate for about a year. I worked multiple side hustles such as modeling, music, part-time data entry, and focus groups etc… to learn ways to make extra money. I constantly read personal finance books, blogs, and websites to gain insight and inspiration to keep pursuing my goal of debt freedom.

I faced more mental challenges than financial ones. I had to dig deep to find the root causes that would explain why I spent so much and stayed in debt for so long. I had to work on my self-worth and stop wanting to spend my way into an upper echelon of society that I couldn’t afford.

Once I dealt with the debt demons, I knew that I could pay the debt off and remain debt free long term. Initially, it was hard to admit to myself and others that I couldn’t afford to buy certain things or attend events. Instead, I grew to appreciate the simple yet entertaining experiences such as pot-luck parties at home, a walk in the park and spending more time connecting with my loved ones.

When I started my debt pay down, I was dating my now husband. I didn’t wait long to tell him about my financial situation. I believe in being forthright and if we were to succeed in a long-term relationship, he needed to know.

To his credit, he didn’t react negatively. He stood with me and supported me emotionally every step of the way. I paid off the entire $55K without any financial assistance from him or anyone else. It was very important to me that I alone pay off the debt that I had created.

I worked as a corporate credit analyst. The irony of this is actually something I can laugh at nowadays. Back then, I felt embarrassed that I was in debt in part because of how I earned my living.

The best way to describe it is that I was humbled and changed by the experience. I felt proud that I stayed the course and earned debt freedom. There were many days when I was dead tired from working my regular job plus side hustles and I questioned whether my efforts were worth it. They were. I also gained a new lease on life as I had adopted the mentality of living a life full of fewer things and more precious moments. Learning to be in complete control of my money and no longer letting my emotions dictate my spending was a powerful shift for me.

People must really want to pay off debt in order to stand a chance at actually doing it. Knowing that they shouldn’t carry a heavy debt load isn’t enough. They should come up with their “why”; fundamental reasons that will motivate them to keep at it because it often takes years to achieve debt freedom. They also should be willing to consider all options that can help them to pay debt down faster and create a plan of attack that feels right for them.

If they are a family in debt, all family members need to get with the program in order to achieve the desired results. Whether it’s working overtime or a side hustle, asking for a raise, downsizing from a larger living space or putting every expense on the chopping block, adopt a “take no prisoners” attitude. It’s about short term pain for long term gain.

I also believe that people should plan and budget for moments of fun/entertainment because long-term debt pay-off will inevitably cause debt fatigue. Create a support system of trusted family members and friends to serve as a sounding board because there will be rough moments. If they are a spiritual person then lean on their faith.

Finally, stay the course as they will be rewarded with a better overall quality of life once they can live it debt free.