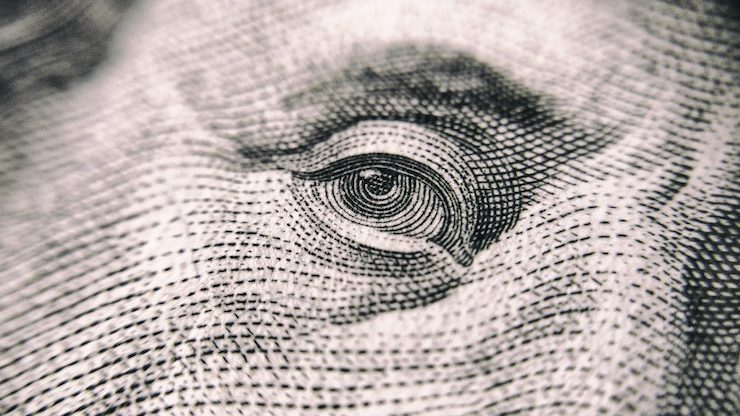 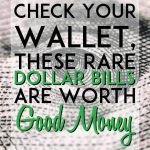 Did you know there are rare dollar bills worth a lot of money?

When I was a kid my parents owned a little market, and every now and then, my dad would get really old bills from the grandmas and grandpas who shopped in our store.

I remember my dad showed me a dollar bill that was from the early 1900s and it looked something like this:

Then, a few years ago, my dad gave me $200 worth of old bills he had been holding on to for many years. Most of the bills were from the early 1900s. He said he thought it could be worth some money but neither one of us knew to scan the serial numbers on the bills.

The research I did basically told me that the bills weren’t worth much. So, without looking at the serial numbers, I deposited them at Chase.

Yes, I did that, and now I’m wondering if I threw away a fortune!

To make myself feel better, I’ll assume that finding rare serial numbers is like winning the lottery.

According to Business Insider, the statistics of winning the Powerball Lottery are 1 in 175 million, so it’s safe to say those bills weren’t worth anything beyond the value of its denomination.

Check The Serial Numbers on Your Dollar Bills

Don’t make the same mistake I did. If you happen to have dollar bills that are old, check the serial numbers. The bill’s condition is also important.

These special serial numbers are called “fancy serial numbers” and Cool Serial Numbers has an explanation of the breakdown of numbers within them. They also have a list of what bills are the most in demand.

Here are some fancy serial numbers you need to watch out for on your $1 bills.

The names are very unique:

What Do Serial Numbers Mean?

There are eight numerical numbers on a serial.

The letters on the front of a bill mean it came from a specific U.S. Federal Reserve Bank. The second refers to the number of times that serial number has been used.

There are 12 Federal Reserve banks in the U.S.

The series year doesn’t necessarily mean that’s when the bill was printed. It actually means it was the last time there was some kind of change to the design of the bill or when a Secretary of the Treasury was appointed.

Be on the Lookout for Misprints on Your Bills

Mistakes on a bill mean there was some kind of error when the bill was printed. These mistakes actually make them more valuable. Misprints on dollar bills are noted by a star next to the serial number.

When bills are misprinted, the “error notes” are replaced with star notes because the government doesn’t allow two bills within the same series to be made with the exact same serial number.

However, according to Quora, you can have the same serial number for different denominations.

Examples of misprints affect the appearance of the bill, including:

OldCurrencyValues.com says the more obvious the mistake, the more valuable it is.

Unlike antiques or even old coins, the age of a bill isn’t crucial when it comes to misprints.

If you happen to have a misprinted bill, find out how to sell it right away. Misprints happen all the time, so holding on to it for as long as possible won’t increase its value.

Can You Get Rich from Old Bills?

In short, probably not.

People who collect things most likely do it for the love of the items and not because they think it’ll help them retire.

Of course, there are those who collect in order to build wealth and see their collection as an investment. My guess is that these are the people who hope to turn a large profit from their collection.

For the rest of us, however, it would take a lot of time and energy to do that.

A quick search on eBay turned up lots of old bills but they aren’t worth as much as I had thought they would be. For example, a dollar bill from 1934 was selling for $11.

Tip: If you want to make extra money on the side, check out our popular article about the best ways to earn a side hustle.

We’re a Culture That Loves to Collect

Raise your hand if you like TV shows like “Pawn Stars,” “Storage Wars,” “Antiques Roadshow,” or “American Pickers.” (My hand is raised.) It’s fun to watch hopeful treasure hunters either on the lookout for a rare collectible item or looking to sell one.

If there’s one thing I’ve learned from these shows about collectible items is that it’s really hard to make money. Whatever the collector thinks he will make vs. what he actually ends up with is almost never aligned.

What Makes Certain Collectibles Worth More Than Others?

Remember the Beanie Baby craze? What about first-edition books or original Star Wars figurines that are still boxed? How about an amazing wine collection?

Maybe you or someone you know feels passionately enough about something to collect it.

But is it really worth it? Should you pop open those bottles of wine and enjoy them? Is your Luke Skywalker figurine better off being played with instead of collecting dust on a shelf?

For collectibles, it’s all about supply and demand. If the item is rare, it has a better chance of being worth something than if it was mass produced.

A big reason why a lot of collectibles don’t do well is because they weren’t created with that intention in the first place.

Top 10 Collectible Items That Could Be Worth It

eBay handles roughly $3 billion a year in collectible sales alone and according to their site, these are the top 10 most collectible items. (Federal Reserve notes were nowhere to be found on this list, although coins took the number three spot.)

Interested in investing in collectibles like these? Check out the Rally Rd. App where you can buy fractional shares of rare collectibles.

If you’re holding on to a $10,000 bill, you’re in the possession of a true collector’s item. Wikipedia asserts there are less than 336 in circulation, which means it might be even fewer today.

High denomination bills were discontinued in 1969 due to a number of reasons (technology being one of them). They were mostly used for large financial transactions from banks and the Federal government. When electronic money (digital form, rather than physical) was introduced, the need for such large bills went away.

Marketplace.org reported that it wasn’t cost efficient to produce such large denominations when so few would be created anyway.

What Large Denomination Bills are Worth

These are some estimates from Heritage Auctions regarding the value of these high denomination bills and what they would be worth if they are in your possession. (Note: The value also depends on the condition of the bill.)

The Real Way to Invest (Hint: It’s Not With Rare Bills)

The ROI (return on investment) on the $5,000 and $10,000 notes are very poor compared to other types of investments, such as saving each month.

Plus, the chances of you having a rare bill in your possession isn’t likely anyway.

Saving money with the power of compound interest will help you accumulate wealth better than any rare bill can.

Let’s say you decided to invest $5,000 with an average interest rate of 6 percent. Over 30 years, that money can grow to over $76,000. (Use the compound interest calculator from Investor.gov to do your own.)

Of course, this is a simplified calculation and doesn’t account for inflation. The point is that the return would be way better with compound interest on your side.

There are several rare dollar bills that are worth some serious money. Check your safe or piggy bank to see if you have any of these dollar bills right away.