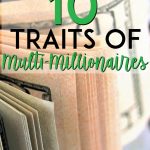 Who Wants to Be a Millionaire? The long-running game show has asked for over a decade. I think most people in the world would answer “I do!” to that question.

But the fact of the matter is that most people won’t become millionaires thanks to a game show appearance or a big lottery win.

Yet, there are over 10 million “millionaires” just in the U.S. alone.

So, how do they do it? Did they inherit their cash from a rich uncle? Get handed a multi-million dollar business from daddy?

I hate to burst your bubble, but this Entrepreneur.com article tells us that 62% of billionaires in the U.S. are self-made, meaning that they created their own wealth.

As far as “mere” millionaires go, Thomas Stanley tells us in his book, The Millionaire Next Door, that 80-86% created their own wealth.

It would seem then that, statistically anyway, achieving millionaire status does not hinge on a “one in a million chance”. But if it doesn’t, then what does it hinge on?

What do self-made millionaires know about life and its management that the rest of us don’t?

Take Mark Cuban – one of my personal favorite millionaires – scratch that; billionaires – for instance. The guy started out with nothing and is now worth an estimated 3 billion dollars.

He owns a professional sports team (The Dallas Mavericks), has been married to the same woman for nearly 15 years and looks for new business investment opportunities on the show Shark Tank.

Yet he started out with nothing, hoofing it through college on peanut butter sandwiches just like many other college students.

So what is it that gives somebody the moxie to go from being a poor college student to a self-made millionaire? What do they have that you don’t?

Yes, I said nothing.

Well, almost nothing. The truth is that the traits that multi-millionaires have can be adapted by anyone who chooses to adapt them.

Today I’m going to share ten of those traits – the traits that all multi-millionaires seem to have – with you. After you learn them, you can decide whether or not you want to adapt those traits and start your own path to millionaire status.

What exactly is an abundance mindset? In a nutshell, it’s the perception that you deserve financial independence and that becoming wealthy is a possibility.

2. A Willingness to Educate Yourself

Self-made millionaires don’t become wealthy by waiting for money to be handed to them.

Instead, they take the time that most people spend watching television and playing on their smartphones and use it to educate themselves on how to accumulate wealth.

Most millionaires will tell you that education is key to becoming a millionaire. And it doesn’t necessarily have to mean a formal education. There is a multitude of resources via the Internet and books that teach people how to build wealth.

Whether or not you take the time to read that information and learn about it, however, is up to you.

If you’re serious about achieving millionaire status then you’ve got to commit to learning from those who have already achieved what you want to achieve.

3. A Defined Plan and Steps for Achieving that Plan

Simply stating “I want to be rich” doesn’t cut it. If you truly want to be wealthy, you need to ask yourself some serious questions. Questions such as:

Defining your plan and devising a path to get there are important steps to achieving wealth. If you want to succeed at your goal, you must be willing to map out a specific plan with specific steps for building your bank account up one step at a time.

If you need help doing that, check out Personal Capital which will automatically sync all of your financial accounts in one place for free.

4. A Willingness to Work Hard

It should come as no surprise that self-made millionaires spend their time working. They don’t just sit on the couch waiting for money to drop in their lap. Instead, they figure out what they need to do to get where they want to go and then they get to work.

Those who have reached millionaire status do something every single day that will help them achieve the steps they’ve laid out in their defined plan (see number 3).

If you’re willing to work – every day – at achieving your wealth-building goals, you’ve just increased your chances of becoming a millionaire tenfold.

5. A Lack of Attachment to Spending

In other words, self-made millionaires choose to forego keeping up with the Joneses and choose instead to live below their means.

As such, material items hold very little value to them and they are content to spend less than they earn so that they can build wealth instead.

You might be saying “Well, it’s easy to live below your means when you have millions of dollars in the bank.”

However, most millionaires were living below their means long before they had any substantial amount of money in the bank, and establishing and committing to those frugal habits from the beginning is a large part of what brought them to millionaire status.

Mark Cuban tells of living with several roommates in a small apartment and eating ketchup sandwiches in his twenties so that he could sock as much money away as possible into the bank.

Now, that’s commitment, but it’s not the type of commitment that most people are willing to make, and that’s why most people don’t achieve millionaire status.

Living below your means doesn’t have to mean a decade of eating only ketchup sandwiches, but it will take making more monetary sacrifices than most people are willing to make.

6. A Willingness to Dream Big

Millionaire status isn’t for those who refuse to have hope. To achieve a 7-digit net worth means believing that you can, and being willing to go the extra mile to get there.

Having trouble with this step? Start taking some time each day to envision yourself as a millionaire. Part of that is envisioning yourself taking the right steps to get there.

Imagine yourself spending less on things that don’t truly matter to you and putting the extra money into your savings and/or investment accounts. Imagine yourself debt free.

Dream of what it will be like when you reach that 1 million dollar mark in savings, assets, and investments.

7. The Right Perspective on Failure

There is one major difference between the self-made millionaire and the rest of the world that is immensely important but often flies under the radar: their view on failure.

To put it another way, those who allow failure to be a dream-ending “sign” that they can’t or aren’t supposed to do what they’re trying to do will likely never reach millionaire status.

The millionaire simply views failure as something that happens on the way to success.

Any journey to success will come with setbacks; that’s just a part of life. But whether or not you allow those setbacks to steal your dreams is up to you.

The choice is yours, but ask a millionaire and they’ll tell you that failures and setbacks aren’t anything worth worrying about.

Most millionaires will tell you that they earn and grow their wealth through multiple streams of income.

Before you get overwhelmed, just remember that “multiple” doesn’t have to mean more than 2 or 3. We’re a “multiple streams of income family”.

My husband works his full-time job at a major corporation. I have my side hustles, and we’re working fervently at becoming debt free so we can start investing in other sources of income such as dividend income and possibly real estate investing.

Once you decide on which streams of income best suit your talents and interests, you can begin formulating a plan for working them that fits in with your available working hours and with the lifestyle that you want to live.

One of the reasons that millionaires like having multiple streams of income is that if one source of income goes away, they’re not left with no money coming in.

It’s a security blanket of sorts that comes with the added benefit of helping them to grow their wealth.

If you’re serious about becoming a millionaire, start researching the many options for side hustle income, including starting a blog, and how to earn passive income to start increasing your income sources.

Related Article: What is Dividend Income? Everything You Need to Know

9. A Willingness to Go Against the Grain

Part of the reason that millionaires stand out from the crowd is because they have a willingness to swim upstream when the rest of the world is swimming downstream.

Self-made millionaires couldn’t care less about what other people think of their ideas or their plans and they don’t allow public opinion to sway their decisions.

Let’s look at two examples of this in real life.

Walt Disney approached over 300 lenders with his plans for his first theme park, and they all said “no” to his “ridiculous” plan that would “never work”. That was in the early 1950’s.

Disney eventually gained his funding and the first Disneyland theme park opened in July of 1955.

According to Wikipedia, over 134 million guests visited these “ridiculous” theme parks is 2014.

Robert Kiyosaki was turned down by multiple publishing houses and literary agents who said his book, Rich Dad, Poor Dad, was unmarketable.

It was only after he self-published the work and it became a best seller that the professional publishing world sat up and began to take notice of his talents.

The moral of these stories? Don’t be afraid to swim upstream. If you’re convinced in your heart that you’ve got a great idea, and if you’ve had other people educated on the subject confirm your thoughts, see the idea through to the end, whether it be success or failure.

Don’t let the fact that “everybody else” thinks it’s a crazy idea be a determining factor in your decision about whether or not to pursue the idea.

There’s something about generosity with money that breeds more money, and most millionaires understand this and give accordingly.

The catch, though, is that they started being givers before they had their millions; givers of time, givers of money, givers of material items and givers of their knowledge.

It seems to be a matter of the law of the universe (and backed up by the Bible in Luke 6:38) that if you are willing to be generous, generosity is returned to you on a bigger scale.

And so you will find many self-made millionaires who will tell you that they make generosity a priority in their lives.

So, there you have it; ten traits that will help you increase your net worth so that you can become financially independent.

What is Financial Freedom and How Can You Get There?

Buying an Expensive Car is a Mistake: Here’s Why 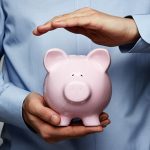 How to Start Living Below Your Means 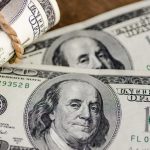