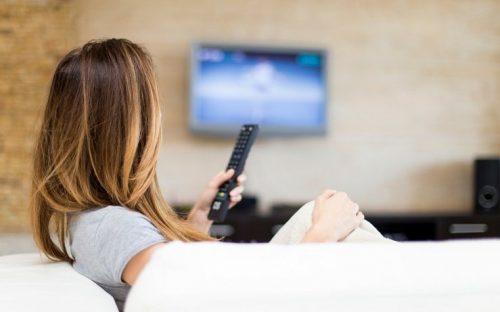 Watching television can be expensive. Cable TV packages range in price from $40 or more for a very basic package to $150+ for the comprehensive packages. A large cable or satellite TV package can really make a dent in the average budget. As a result, people often seek out ways to watch local TV without cable.

There may be dozens of local TV channels available for viewing in your area that you can access for free. But, it’s a matter of knowing how to access them without having a cable or satellite TV subscription.

4 Ways to Get Local Channels Without Cable

When I was researching local cable company pricing for this post, I found that most of the cable companies where I live charge $50 per month just for the pleasure of viewing local TV channels.  Bigger packages started at about $70 per month, and that didn’t include taxes, fees, installation charges, and monthly equipment rental fees.

As you can see, a cable or satellite TV package can get expensive quickly, even when you just want to have a better quality reception to watch local TV channels. So, what are your alternatives? How can you have access to the local channels in your area if you don’t want to pay for a cable or satellite subscription? Here are four ideas.

1. Get an HD Antenna

Using an HD antenna takes a bit of money and a bit of knowledge as well. It matters where you place your antenna. Using this cool website called Antenna Web, I did an address search of our country home to find out how many channels we could get if we hooked up an HD antenna.

It’s not a big difference in the number of channels, depending on what those other three channels broadcasted. Even without installing the antenna at thirty feet or above, we could view some channels that were 40-plus miles away from our house.

What Type of Antenna?

The answer to that question can vary. One way to determine which type of antenna is best for you is to find out what direction the broadcast stations are in comparison to your house. If they’re all located in a single location from your house, you can use a directional antenna. A directional antenna focuses its power in one direction.

If the broadcast towers are located in the same general direction but multiple locations, a multi-directional antenna will likely work the best.

If towers are located in multiple directions that aren’t necessarily near one another, an omnidirectional antenna is a good choice. You can also buy a good directional antenna that has a remote. The remote allows you to change the direction the antenna faces according to which tower you’re accessing at a given time.

If you live further out you’ll likely need a more powerful antenna. However, if you live within 20 miles of most broadcast stations, you can probably get away with something a little less powerful.

While an antenna is probably the best option for maximizing the number of local channels you can view without having cable TV, there are other options as well.

You may be able to watch your local channels online from your computer if you have Internet access.

Big local stations such as:

Often offer free online viewing of the shows they air.  However, the ability to live stream shows on national networks such as these may or may not be available to you depending on different factors.

For instance, when I tried to watch live shows on ABC from my home computer, the site told me that live streaming wasn’t available in my area. Other sites, such as CBS, offer free viewing of some shows as well as a live streaming service that allows you to watch all local CBS shows from your computer at home.

CBS All Access, for example, offers live streaming of their channel starting at $5.99 per month. However, the service may or may not be available in your area.

While there is some crossover in the types of channels available with the orange and blue packages, there are some channels that are only available in one package or the other. Also, the orange package is limited to one user at a time while the blue package supports multiple (up to 3) devices at a time.

It’s important to note as well that a Sling TV package might not contain all of the local channels in your area. Their website states that channels such as FOX, NBC and ABC are only available in select markets.

Sling TV can be a good alternative to high cable and satellite TV costs, but it might not be able to give you access to all of your local channels like an antenna would.

It’s important to note that each app works a bit differently. The CBS app allows viewers to see full episodes of their favorite CBS shows on-demand the day after they air.

However, if you want access to live streaming or to their full archives, you’ll have to pay for their CBS All Access package which I talked about earlier. As I mentioned, CBS All Access has packages starting at $5.99 per month.

The ABC app offers archive viewing and live stream viewing for free, however in some larger markets such as Chicago, Los Angeles and New York City you need to have a cable or satellite provider to do so.

The NBC app offers free viewing of recent episodes of some new shows. They also offer some older episodes and shows from your mobile device. While live streaming and some recent episodes require mobile viewers to have a satellite or cable provider.

The Fox app allows you to stream most shows the day after the original airing date. However, more selections and live streaming are available with your participating TV provider account.

The CW app is probably the least akin to live TV. While they offer to stream for free, they only offer to view the five most recent episodes of each show. And there’s not an option to view more if you have a TV subscription provider.

Also, mobile apps are also available for some other TV cable channels.

Mobile apps without TV subscription packages may not give you every option for watching your favorite local channel’s shows without a cable subscription. Yet, they do help you increase the number of shows you can see for free on your mobile device.

Considering the wide variety of ways you can watch local TV without cable or satellite, it’s just one more reason to cut the cord and stop paying for expensive cable TV packages. Using the information above can help you determine which route is the most cost-effective and convenient for you.

How do you watch local TV without cable?

Filed Under: Save Money