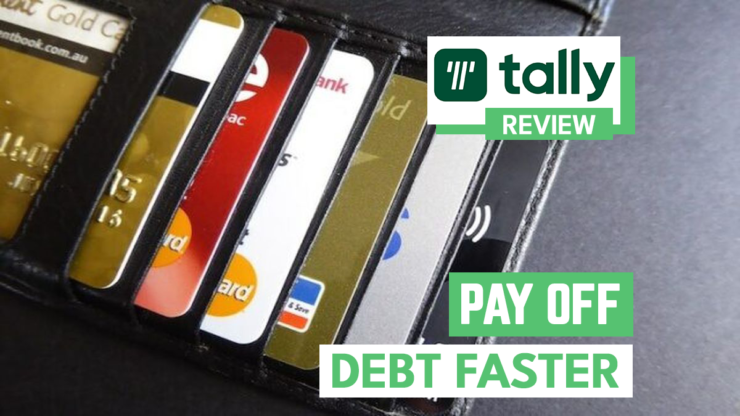 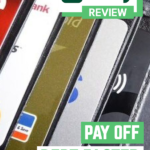 If you have multiple credit cards and a mountain of debt to deal with, trying to sort through the mess can be a real nightmare. Just keeping track of due dates, minimum payment amounts and interest rates is hard enough.

And, assuming you’ve got enough money to pay more than the minimum payments, you need to prioritize which cards to throw extra money at first.

Tally is a new service that promises to untangle the mess. It’s a debt consolidation app that lets you apply for a line of credit and access a couple of tools intended to help you pay off your credit card debt faster.

Tally is a debt consolidation app that lets you apply for a line of credit and tools intended to help you pay off your credit card debt faster.

How Does The Tally App Work?

Once you download the Tally app, you input all of your credit card information. You’ll then be guided through an application for the Tally line of credit.

If you’re approved for a lower interest rate than your cards currently carry, Tally will then use that line of credit to pay down your credit card balances.

You’ll also get access to the two tools: the Automated Debt Manager and the Credit Card Manager.

The Automated Debt Manager is a digital assistant that takes into account your credit card balances and your spending data.

It gives you a single recommendation on how much to pay toward all of your credit cards each month to be debt free in approximately two years, although the time frame is adjustable by you (more on this in a bit).

Factored into that recommendation is how much you’ve been spending on your cards that month. Often, people paying off debt are told to stop using their credit cards. If you can do that, fantastic.

But Tally doesn’t assume that you will cut up your cards, reasoning that it’s often not realistic.

Another feature of the Automated Debt Manager is that you can accelerate your progress toward your debt payoff goal at any time by changing your time horizon with a slider.

In other words, if you’ve got a month when you’re flush with cash, you can pay more toward the balance. The more you pay, the faster your debt is paid off.

You can also see how much faster you’ll get to your goal by paying, say, an extra $50 every month. The tool is intended to keep you engaged with your goal and motivated to put everything you can toward it.

The second service is the Credit Card Manager. This service helps to automate your monthly bill pay process.

That means you only have to make one payment each month — to Tally — rather than having to keep up with multiple credit card due dates and payments. It’s simpler.

In fact, we recommend it. Tally offers “Late Payment Protection,” in which the company will refund any payments received late by the creditor if you allow Tally to pay it on your behalf.

Keep in mind though, that this part of the Credit Card Manager service is optional.

If you prefer to make bill payments yourself, you can choose to use “You Pay” instead, which allows you to make the bill payments on your own. Late Payment Protection does not apply in this case.

A word about how Tally allocates your payments. You may have heard of two popular strategies for paying down multiple debts. With the debt snowball method, you pay off the smallest balances first so you get some quick wins that help motivate you.

With the debt avalanche method, you pay off the card with the highest interest rate first, then the next highest, and so on. You also still pay toward the other card balances the whole time, but only the minimum payments.

Tally’s debt payoff strategy uses the debt avalanche method. Over time, it will save you more money on interest payments than the debt snowball method will.

The Tally Line of Credit is the heart of Tally. A line of credit is different from a personal loan.

A “revolving” line of credit is a bit different. You have a set amount of money you can pull from at all times, called your line of credit.

You can use $1 or $1,000, so long as you’re under the credit limit given to you. You can then spend it, pay it back, and spend it again, which is what makes the line of credit “revolving.”

In the case of Tally, you can’t directly spend that line of credit. Instead, Tally uses it to pay off your credit card bills.

Tally says that as long as you have a FICO score of at least 660, it can offer you a line of credit at between 7.9% and 19.9%. That can be a lower interest rate than what many popular credit cards offer to their most qualified customers today.

Your usage of the line of credit will ebb and flow as the algorithm calculates how much or how little to pay on each card and which ones to move to the line of credit. It also takes into consideration any promotional interest rates you have.

In some cases, Tally cannot offer a lower interest rate on their line of credit than what you have on your credit cards. In that case, you can’t use the service.

Getting signed up for Tally takes a bit of a leap of faith. Especially for those who are familiar with financial lending products.

The interface is slick, but almost too slick. You’re walked through some introduction screens about the app, then prompted to enter your credit card information.

Although you can supposedly bypass typing in that information by scanning your credit cards, the feature never worked. I had to enter my card info manually.

I was then asked to hand over my online banking login credentials. Thankfully, Tally uses a third-party financial systems integration platform called “Plaid.”

The service is a go-between, shuttling data from your bank account to Tally without ever handing Tally your login credentials.

Tally then tries to connect to all your accounts. Unfortunately, a few of the account connections failed, despite my having entered valid login credentials. Luckily, you can skip any that fail and add those cards later on.

Next, Tally tries to qualify you for their line of credit. This is where I ended up getting stuck because the instructions didn’t spell out that they would only be doing a “soft pull” on my credit, rather than a “hard pull.”

Hard pulls are something to be aware of when you’re trying to guard your credit. Whenever you apply for new credit (e.g., a credit card or auto loan), the lender will request a copy of your credit report from a credit bureau.

That’s called a hard pull, and too many of them can lower your credit score.

Fortunately, Tally uses a “soft pull.” A soft pull occurs when a company asks for information about your credit, but it isn’t a part of a new credit application. Because of that, it doesn’t affect your credit score.

However, Tally doesn’t tell you that they’re going to do a soft pull until after you’ve entered all of your credit card info, banking account credentials, birthday, and phone number. I had to stop midway because I thought Tally was going to do a hard pull, which I definitely didn’t want.

I took a leap of faith and continued through the process until I finally reached an explainer page saying that they would only be conducting a soft pull. Tally could do a better job conveying this information earlier in the process.

After a few seconds of consideration, I was told that Tally could not save me money. There were no further details, but I’m assuming that the interest rate I qualified for on their line of credit was higher than my credit  card interest rates.

While I never got a chance to try out the Automated Debt Manager or Credit Card Manager features, I was able to take a glimpse into Tally’s business model and onboarding process.

The value proposition that Tally offers is very intriguing. And for those who qualify for a Tally line of credit, there’s no reason to doubt that you could save interest costs by better managing your credit card debt through strategic payments and balance shifting.

Too bad I couldn’t take advantage of it, personally speaking.