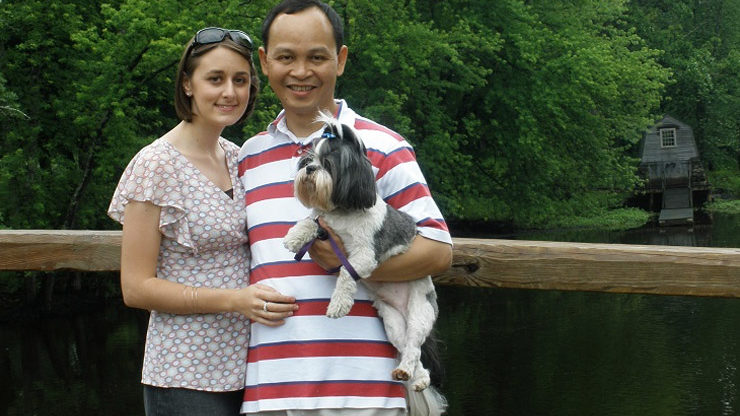 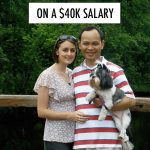 My $30k+ debt was all student loan debt. I was fortunate to receive some pretty substantial scholarships from my undergraduate university which kept my debt load low. I then foolishly borrowed a bunch of money to attend a fancy, “brand name” graduate school.

Awful! I felt like a giant gorilla was sitting on my chest and I couldn’t catch my breath. That probably sounds a little dramatic, but it’s true! Although my debt load was relatively, “low” in comparison to some of my peers (who borrowed $100k or more), I was miserable being in debt. I hated feeling like my paycheck wasn’t my own. Every month when I electronically transferred a payment to my student loan company I felt angry at myself for taking out loans instead of saving for a few more years and paying for school in cash.

I paid off $5,000 over the course of about two years (in between undergrad and grad school), and then really buckled down after I finished graduate school and paid off the remaining $25,000 in 2 years.

Friends, family and mentors. My family was really supportive of my decision to pay off my debt and cheered me on along the way. At the time I had no idea that personal finance blogs even existed. Bummer, right?!

Every day was a challenge, but making sacrifices is the “name of the game” when you’re paying off debt. I had a few expensive emergencies happen when I was in the middle of paying down my debt. For a split second I felt like quitting and going back to paying my minimum payments. But I dealt with the emergencies and kept plugging away at the debt and I’m glad I did.

How did the debt affect your marriage?

I’m not married, but Eric (my boyfriend) and I were dating and living together while I was paying off my debt. He was incredibly supportive throughout my journey to become debt-free. What’s really neat is he got inspired by watching my progress and actually paid off his own student loans at the same time!

This is a great question. I think some people think that you have to have a really fabulous income to be able to pay off a substantial amount of debt. That was not the case for me! I was a social worker at a homeless shelter for most of the time I was paying down my debt. I was later promoted within the agency, but for most of the 2 years I was paying off my student loans I was making just over $40k.

Wonderful! It’s actually kind of hard to put the feeling into words. When I made that final electronic payment I felt so liberated I think I squealed a little bit.

You can learn more about KK and her journey out of debt and into building wealth at her site, Student Debt Survivor.Note: This is part of a series called “Debt Success Stories” which features people who were able to pay off a significant amount of debt. If you have a Debt Success Story I would love to hear about it. Please visit the contact page to let me know the details.