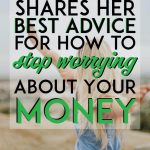 When it comes to managing our finances, there are hardcore nerds, who spend their free time reading up on personal finance hacks. Then there are the rest of us. We might avoid thinking about money altogether. Or put in as little effort as possible.

“I don’t particularly like money,” laughs O’Toole, who is 39 and the marketing director for a small company that manufactures high-quality woodworking tools. “I just wanted to find ways to handle my finances so I could spend less time thinking about this hated topic.”

However, working for a small business in rural, midcoast Maine came with some quirky, old-school accounting processes. In turn, it made it hard to simplify her money management.

For instance, automatic payroll wasn’t available through her employer. (Yes, we know this is 2018, but it happens.) O’Toole would have to make the drive to the one bank in town to deposit her checks.

After enduring eight years of this, she started looking for banking alternatives—but was afraid to take the leap.

Warming Up to Digital Banks

“Digital banks seemed like a scary, unknown thing,” says O’Toole, who shuddered to think her personal information could be exposed to scammers and internet hackers. And after spending a lot of time reading scads of bank reviews on financial sites, one online bank, in particular, caught her eye: LendingClub Bank.

The LendingClubRewards Checking account features a 1.00% Annual Percentage Yield (APY) on balances of $2,500 and up, no monthly fees, and unlimited ATM fees reimbursement.

While the average APY of a savings account at 0.06%, most banks offer .01%. And while you do need a minimum balance of $2,500 to earn interest with LendingClub, their required minimum is lower than that of most banks.

Before deciding to take the plunge and signing up, O’Toole read everything she could find about the people and philosophy behind LendingClub Bank. And digging a little deeper, O’Toole learned that it was founded in 1987, and has been around longer than most online banks.

And to boot, LendingClub is headquartered in Boston, which was O’Toole’s old stomping grounds when she was a student at MIT and Harvard.

After doing her homework, O’Toole started warming up to the idea. “It made me feel more and more confident,” she says. “I figured it’s stupid for me not to try it. With online banking, it’s a lot of data on the Internet. But when you think about it, it’s all out there as it is.”

Plus, she loved its clean, simple online interface. There was no overly-snazzy and cutesy advertising, which further appealed to O’Toole. All signs pointed toward “yes.”

Since she opened an account this past January, O’Toole has had no regrets. “LendingClub has delivered what it promised—and then some,” she says. For starters, she’s been able to skip weekly trips to the one bank in town to deposit her paychecks. She can now conveniently photograph her paycheck and deposit it using her smartphone.

Plus, she’s been able to take advantage of some of the tools LendingClub Bank offers its customers to help understand their spending and saving habits. For instance, through its PFM, or personal financial management platform, O’Toole has linked to external accounts to all her debit and credit cards, retirement and investment accounts and any debt.

She’s been able to track her spending, calculate her net worth, pay off any debt and analyze trends over time. LendingClub Bank’s PFM also features handy ways to visualize her net worth, and spending and saving habits.

What she’s discovered has been eye-opening. To her delight, she found that two-thirds of her money was in savings accounts! Because her money was spread out in different places, she didn’t realize just how much she had saved up.

What’s more, O’Toole had purchased a subscription to personal budgeting software. And now that she can see all her different accounts at a glance, she’ll no longer need to spend money on unnecessary tools to manage her finances. “Because LendingClub has so many robust features, such as providing analytical views of my habits, I realized maybe this is all I need,” says O’Toole.

Because O’Toole has holistic picture of her money situation, she’s able to see where she can consolidate her accounts from her local bank, online bank, and retirement. That means less time spent managing her money.

Helping Her Spend In Step With Her Values

“It’s important for me to live and work in a way that’s in step with my core values,” says O’Toole. For instance, her employer, which creates jobs for the local economy, and is committed to making heirloom quality tools to artisans to create long-lasting works they can be proud of, is a microcosm of her core values.

So when it came to her finances, she wanted to study herself more to be in greater alignment with what was important to her. “I wanted to see if my spending reflected my values,” says O’Toole.

While she and her husband don’t have any kids, and live within their means, O’Toole admits they aren’t as disciplined as they could be on how much they spend on groceries and entertainment. “While we don’t suffer from compulsive shopping, it’s the little everyday things—a coffee here, eating out too much—that could add up,” she says.

By using LendingClub Bank’s personal finances management platform, she was able to better predict her budget. Plus, she receives useful tips to help improve her spending and saving habits.

Delivering What It Promised, and Then Some

While she’s just started her journey to simplify her finances and align her spending with her values, she knows that LendingClub Bank will help gain insights to achieve this.“Great follow-through, perks—everything else has been a lovely surprise,” says O’Toole.

To calm her fears of online security, LendingClub Bank offers two-factor authentication. “They’re quick to alert you of any new activity,” she says, as she gets alerts of recent logins from computer or smartphone. Plus, she loves how LendingClub has never thrown third-party offers at her, either.

As a recent newcomer to the world of digital banking, O’Toole encourages other newcomers to give it a shot and see what happens. “For those who are wary of online banks, you can try it and be pleasantly surprised about the process,” says O’Toole.”There might even be a shred of delight!” 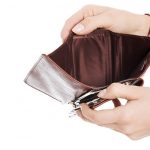 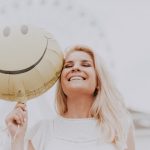 The Zero-Sum Budget: The Answer to Your Money Problems 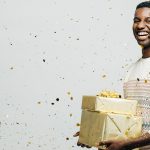 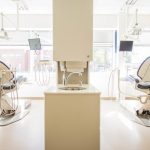 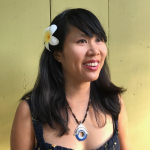 Jackie Lam is an L.A.-based money writer who is passionate about helping creatives with their finances.

She has written for over 50 brands and her clients include Fortune 500 companies and FinTech startups, and her work has appeared in Forbes, Business Insider, Acorns Grow, The Financial Diet, Mental Floss, and GOOD Magazine.